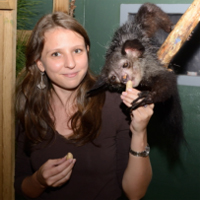 I am a postdoctoral researcher funded by the Marie-Skłodowska Curie fellowship (EU project 655694 – GETAGRIP). I am currently working with Anthony Herrel, Emmanuelle Pouydebat and Marc Herbin at the Museum National d’Histoire Naturelle in Paris (France).

My research project entails research questions concerning evolutionary biology, principally focused on a functional morphological study of the skeleton. To do so I employ different types of 3D geometric morphometric and comparative approaches. I explore the influence of body mass on the shape of bones and I investigate the interrelationships among the shape of each element in the context of locomotion with a special focus on grasping behaviours. In all my analyses I take into account the phylogenetic history of the species under study to better understand the effect of shared ancestry in explaining the observed ecomorphological patterns. In the context of the current postdoc, I want to incorporate an explicit ethological approach allowing me to quantify 1) behaviour, 2) anatomy and 3) function in an explicit evolutionary context using a primate model system.

My current project aims to provide an integrative approach that examines the occurrence of grasping behavior, the anatomy and function of the forelimb, and the evolution of grasping across three major tetrapod clades that show manual grasping abilities: mammals, reptiles, and amphibians. Within each clade I will compare and contrast the use of the forelimb, its anatomy, and its function in both arboreal and terrestrial animals to test the hypothesis of an arboreal origin of fine manipulative capacities. I will study the use of the hand and the forelimb in the context of locomotion and object/food manipulation in tetrapod to understand the relations between anatomy, function and ecology. To do so, I will use state-of-the-art approaches to quantify the anatomy (µCT scanning, 3D geometric morphometrics), the function (pressure and force measurements, 3D kinematics and biomechanical models), and the evolution of these traits in an explicit phylogenetic context. 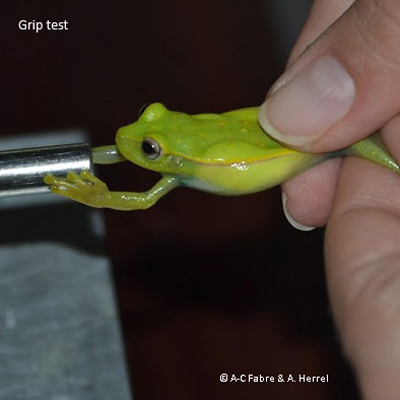 Next Edition 2021
Scroll to top
This website uses its own and third party cookies to provide you with a better experience and service, to obtain statistical and analytical data of your browsing and to facilitate your interaction with social networks. By browsing or using our services, you accept our use of them. More information about our cookie policy and how to change your browser settings at:
Cookie settingsACCEPT
Privacy & Cookies Policy